Taking good pictures of astronomical objects is quite challenging. Especially if you don’t own highly advanced (and very expensive) equipment.

For quite a long time I thought that the only celestial object which is in my reach to take good images of, was the Moon. Here is one of the better Moon images that I have taken: Over time, both my skills and my equipments advanced a bit. And I managed to take pictures of almost all the planets out to Saturn (not counting planet pictures taken through web-based observatories like GRaS). There are: Mars (the red dot on the left; certainly my worst planet picture so far, but for the purpose of completeness …): I didn’t have a picture of Jupiter yet, but that is rather coincidental, as Jupiter is the brightest planet just after Venus and certainly an easier target than Mercury, Mars or Saturn.

Today I not only completed this collection by adding a picture of Jupiter, but also passed another milestone. My first pictures showing Natural satellites (colloquially known as moons) other than Earth’s Moon. Here is Jupiter with (from left to right) Io, Europa and Ganymede: 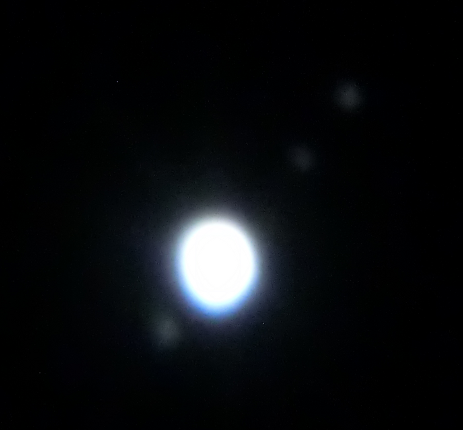 To complete the Galilean Family, I took another one showing Io and Callisto (the little dot quite some distance outside): 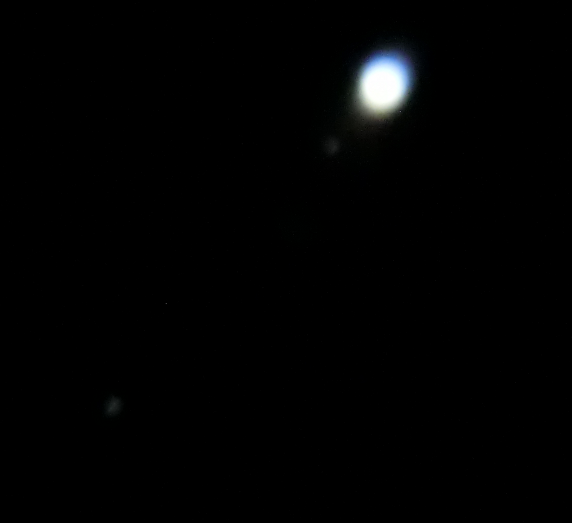 Last but not least, this is what they looked like in Stellarium (Stellarium is what actually allows me to tell which dot is which moon). 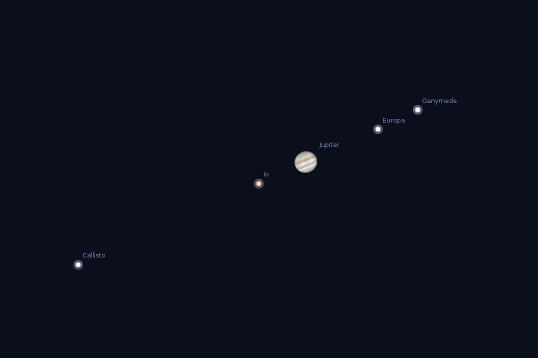